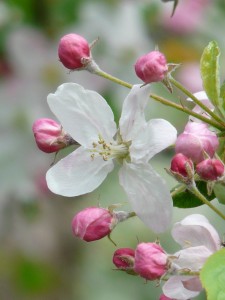 Some of you may have heard how I became part of the RDA Family back in the mid-80s. I’ve been an early adopter most of my life; always wanting the latest technology and often paying more than I should as a result. A couple of years after the famous Macintosh commercial “1984” during Super Bowl XVIII, I was using a Mac Plus computer in my job as a city clerk/treasurer. And, I loved it. But, our accounting software was on a dinosaur (big tower and what seemed like even bigger tape drives); and I didn’t like it at all. So, began my quest to find governmental accounting software that would work on a Mac.

My fellow city clerks grew accustomed to my taking my Mac SE (yes, I had already upgraded) to the annual conferences at UGA in Athens (seems really heavy now especially compared to my MacBook Air and iMac but, at the time, very portable; and not much heavier than my “bag phone”). Software vendors were often at the conferences and I was always asking if they had fund accounting software that would work on a Mac. Until I met Bob Davis and RDA Systems, the answer was always no (perhaps it was my imagination that the “no” was accompanied by a smirk).  Shortly after that meeting, my city government purchased MicroBudget for me (which was originally named AppleBud; now, how ’bout them apples?).

And, so began my love affair with everything Mac as well as with RDA Systems. As the late Steve Jobs said, If you don’t love something, you’re not going to go the extra mile, work the extra weekend, challenge the status quo as much.