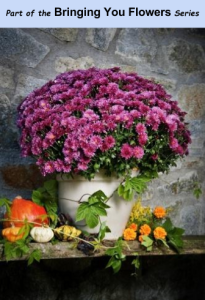 In my blog posting last month, one of the audit sections pertained to Pre-Paid Items. So, what is that? On the balance sheet, pre-paid expense is an asset (I know; sounds strange). Governments operate on an accrual-based rather than cash-based accounting system.  Think of it as the opposite of an accrual where you’re recognizing the expense in one fiscal year but the actual payment (affect cash) is in the next fiscal year. With pre-paid expense, cash is affected in the current fiscal year but the expense is recorded for the subsequent fiscal year. Common examples of pre-paid item or expense are insurance and maintenance contracts where the payment for some or all of the goods/services is due before the contract/service period. Such contracts may need to be expensed to the current fiscal year as well as the subsequent fiscal year depending on the contract period (which means that the invoice would be split and entered for two different fiscal years).

How do you accomplish this in the OpenRDA software? First, you must have a standard balance sheet code for Pre-Paid Items (if you follow the 3-digit RDA standards, this would be 181 with a reference type of PRE-PAID ITEMS) and a balance sheet account master for this in each fund.  Second, the fiscal year for the pre-paid expense must be opened in Financial Management so that account masters exist for the fiscal year. Third, when these type of invoices are received, vouchers are created using the applicable fiscal year with the fiscal month of Pre-Year. You’ll see when you override the fiscal month to Pre-Year that the Pre-Paid Expense automatically flags. Once you enter the desired account code, the Payable Code will automatically change to the standard balance sheet code for pre-paid items/expense. If the invoice is for the current fiscal year as well as the subsequent fiscal year, you would enter the portion for the current fiscal year as you normally do.

And, that’s it in a nutshell! And, accomplished without any journal entries. How easy is that?