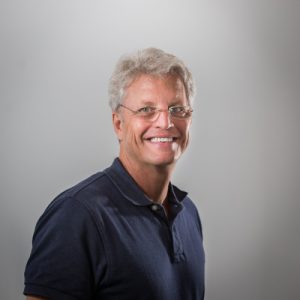 Dave Davis & wife Mimi are second-generation co-owners of RDA Systems. Before they bought the company from his father, Dave was pursuing his professional career with a degree in Electrical Engineering Technology. Dave had the exciting role of working with the Dornier Medical Technology team. They created the lithotripsy technology that turned invasive kidney and gallstone removal surgeries into outpatient surgeries that revolutionized the medical world.

His journey into building things started long before that when his parents bought him a rundown 1960 Austin Healy 3000. He worked hard to get it running and installing a new top, brakes, clutch, transmission, shocks and other parts. It was his companion all the way to college until he got tired of getting soaked when it rained.  Now, 40 years later, he still owns the car and recently revived the engine. Dave is now toying with the idea of embarking on a restoration project, but more for the enjoyment of the restoration project rather than driving the car.

Though his father started RDA Systems back in 1980, Dave did not begin working there full-time until 1990 when they won a contract providing ERP software to Virginia K12 educational agencies. In his tenure with RDA, Dave has worn many hats including Training, Help Desk, Consulting, Design, Testing, Sales, Marketing, Accounting, HR, Management, Custodian, and anything else that may have been needed at the time. He was promoted to President in 1997, and ten years later after a successful succession plan transpired, Dave and his wife Mimi became the proud owners of RDA..

Dave attributes much of the success of RDA to the company culture which began with Dave’s father and his partner, Arnold Guess. RDA has a history of placing ethics and moral principles before profits. Dave and Mimi have continued that success by modeling their business after Jesus’ servant leadership style. According to Dave, “Creating culture is a team effort and is an ongoing endeavor. It starts with setting the company mission, vision and values. Next is hiring the right people. We invest a great deal in identifying people that have a passion to serve. Our leadership team leads by example, demonstrating what great service looks like. We serve one another, our clients, and the community.”

Dave’s history with RDA is full of proud moments, especially the instances where they were first to market providing innovative technologies like graphical user interface (X windows), adopting an open-source software platforms (linux/msql), developing browser-based applications, and offering cloud-based solutions. Dave considers democratizing expensive technology as a core value of RDA. The entire company lives out its core values through adapting, developing, and supporting ERP technology for small local governments and K-12 school districts. Dave and the entire leadership team plan to continue to serve their external community, clients, and vendors, along with their corporate team for generations to come.

On the family front, Dave and Mimi have been married 34 years and are blessed with four adult children: Robert (31), Riley (28, who is married to Emily), Ivy (26), and Rachel (24). Mimi loves animals – especially cats (she has three of them: Stripie, Tiger and Peka). She also loves managing properties. Dave affirms that they are “simple people” who enjoy time at the lake, their church and Bible studies, as well as supporting local restaurants. Dave’s favorite food is chocolate (all kinds!) and he just started eating sushi and is loving it.

When asked how his family and friends would describe Dave in just three words, he decided to ask his kids. They each provided a different snapshot to describe their Dad: Riley used the words patient, thorough, honorable, and leader. Rachel said he was kind, intelligent and brave. Ivy sees her father as hardworking, a teacher, and her supporter. Finally, Robert wrapped up the descriptions with thoughtful, faithful, and passionate. With words like that, it is easy to understand how the RDA culture feels like family because Dave permeates those characteristics wherever he goes.

Dave’s personal mantra comes from Romans 8:28 (“And we know that God causes all things to work together for good to those who love God, to those who are called according to His purpose”). When things go wrong, he does his best to capture his thoughts and rest upon the truth of God’s word – that God has a perfect plan for every outcome. And when asked who he would love to meet from any time period, Dave said it would have to be Jesus so he could tell him “in person” just how much he appreciates Jesus’ sacrificial death on the cross for Dave’s sins.

Like most people, Dave and Mimi halted their travel plans during the pandemic challenges. Now that travel has opened up almost everywhere, they plan on taking a few trips they had originally scheduled prior to the shutdown. But until then, Dave continues to enjoy his role at the helm of RDA looking for the next new technology for RDA’s clients and developing the next generation of RDA leadership.

This site uses Akismet to reduce spam. Learn how your comment data is processed.

PrevPreviousAmherst County, VA
NextHow to Choose the Best ERP Software for your OrganizationNext 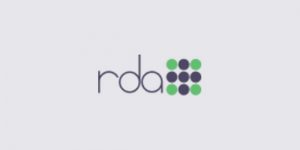 RDA Family Spotlight: Lynda Greene Lynda is a former systems analyst with the Dept. of Education, with many years of experience helping various customers with...

To make it easier to view the RDA News articles in OpenRDA, it has been moved from under the module’s taskbar to the workspace area....

A new Vouchers Report by Calendar Year with 1099 Status has been created for OpenRDA and added to the Calendar reports. Because it should also...

Stay informed about Fund Accounting and
RDA Software Solutions for your organization.